K-M-T-R, these four letters were a source of great curiosity for me ever since I embarked upon my PhD voyage. I wanted to understand the powerful charm that these four letters had cast on the people around me. When an opportunity to visit this fairyland presented itself, I felt euphoric.Afield visit to Kalakkad- Mundanthurai Tiger Reserve (KMTR) was planned as a part of an elective course on plant-animal interaction. Four of us along with our faculty started our journey from Bangalore to KMTR, located along the South Western Ghats of India, in Tirunelveli district of Tamil Nadu.It would be my first visit to a tropical evergreen rainforest.

KMTR started to enchant me as soon as we started up the foot hills of Agasthyamalai range. The two-and-a-half hour journey from our base camp in Singampatti to Kodayar was thrilling: the sudden shift of temperature with soothing breezes flowing down the mountain slopes, the green bed of forests, the creeks rolling by here and there –it was like a dreamland.

As we moved higher, the variety of interwoven landscape patterns was breathtaking: scrublands, dry deciduous forest tracts, semi-evergreen patches and thick evergreen stretches. Spectacular green carpets of tea gardens against the back drop of mountains. Shimmering silver oak trees dotting the tea plantations. Evergreen trees swaying their heads“up above the world so high”.

We continued higher, reaching Oothu’s viewpoint – shrouded by clouds, this look out offers a majestic view of the landscape with glimpses of the Agasthyamalai peak, the tallest in the range.

The journey never gave us time to sit back and catch our breath. Walking through the never-ending stretches of tall evergreen forests, we suddenly came across a vast open swampy marshland swarming with life, even at such a high elevation.As if this natural diversity of landscapes wasn’t enough to humble us, there appeared a huge golf course in the middle of the forest– a relic of the British colonial era. Numbed by these exciting sights,we finally reached Kodayar, the hill top encircled by misty mountain ranges all around, our abode for the next few days.

It was only now that I could comprehend the true meaning of visiting a tropical rainforest in May. Mist and heavy showers covered everything around us and we feared the doom of our field work. In subsequent days, however, nature kindly changed its gloomy face and revealed its treasures of biodiversity.

The next few days were a visual treat and an eye-opener for me. It was thrilling to corroborate the theories learnt in class with the reality in the field.We had learnt the theory underlying plant-animal interactions, how they play an important role in ecosystem functioning and the different taxa that play a vital role in these exchanges.Now we saw leaves whose signaling colours alert herbivores (animals feeding on plant resources) about their well-developed defense mechanism.We observed how the flowers of the Dhobi tree (Mussaenda frondosa)give important clues about potential pollinators.

The next challenge was to come up with a project to investigate during our field trip. After long sessions of field observations and brainstorming, we decided to test the feeding rate of insects on plant leaves in the wild.

Though the term ‘herbivory’ has negative connotations, it has important positive effects on species composition and nutrient cycling in the food chain of an ecosystem. A lot of herbivores are attracted to Macaranga peltata (Chandada), a pioneer species widely distributed across KMTR’s undisturbed primary forest and the secondary forest that has regrown after selective felling.

We decided to check if the herbivory rate on M. peltata varies with the composition of its neighbors across forest types. We had to depend mostly on indirect visual clues as it was hard to climb trees to observe herbivory patterns in this particular species. We spent long hours looking up through binoculars counting the innumerable holes made by herbivore beetles in the leaves of M. peltata,and measured various other parameters.We found more herbivore activity in primary forests than in secondary forests and more herbivore attacks in the exposed upper branches of trees.

The days were tiring with trekking and doing field observations deep inside the forest,but our enthusiasm never dampened. At the end of the day,we were equally energetic about night outings to get a glimpse of unviewed nocturnal creatures.

We were lucky to enjoy rare sightings of the endemic faunal species of the Western Ghats – Lion Tailed Macaque and Nilgiri Langur. We saw Gaurs during our night rides and numerous species of birds like Fairy Blue Bird, Malabar Whistling Thrush, Racket-tailed Drongo, Warblers, Nuthatches, Bulbuls and Flycatchers during our day treks.(We also had to watch out for leeches, as the forest was teeming with thousands of them!) We were awed by the magnificence of the dominant wet evergreen plant species-Palaquium ellipticum (Palai), Cullenia exarillata (Wild Durian) and Aglaia elaeagnoidea (Priyangu) while trekking along the forest trails.

Finally, on the last day of our trip, I relished one of the most exciting experiences of my life: canopy climbing using single rope technique. My first ever visit to a tropical evergreen rainforest left me with memories that will never fade. K-M-T-R had cast its spell on me too. 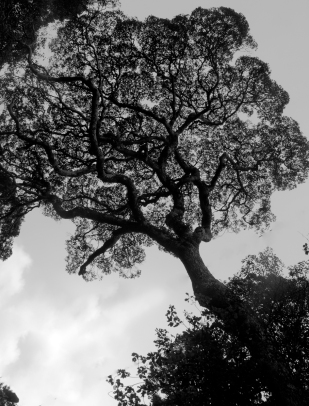 Up above the world so high! 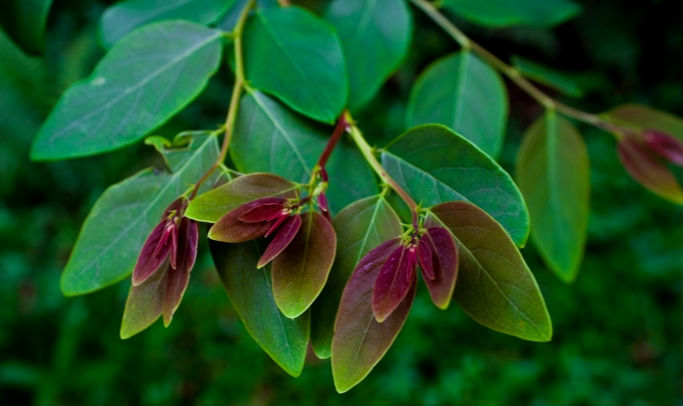 Ronita Mukherjee joined ATREE’s Ph.D. programme in 2011. Her research interests are in the field of plant–animal interaction. She is pursuing research to understand the interplay of ecological and socio-economic dynamics in peri-urban areas to address the question of sustainable eco-friendly agricultural practices, a crucial node for effective conservation measures. She likes listening to music.